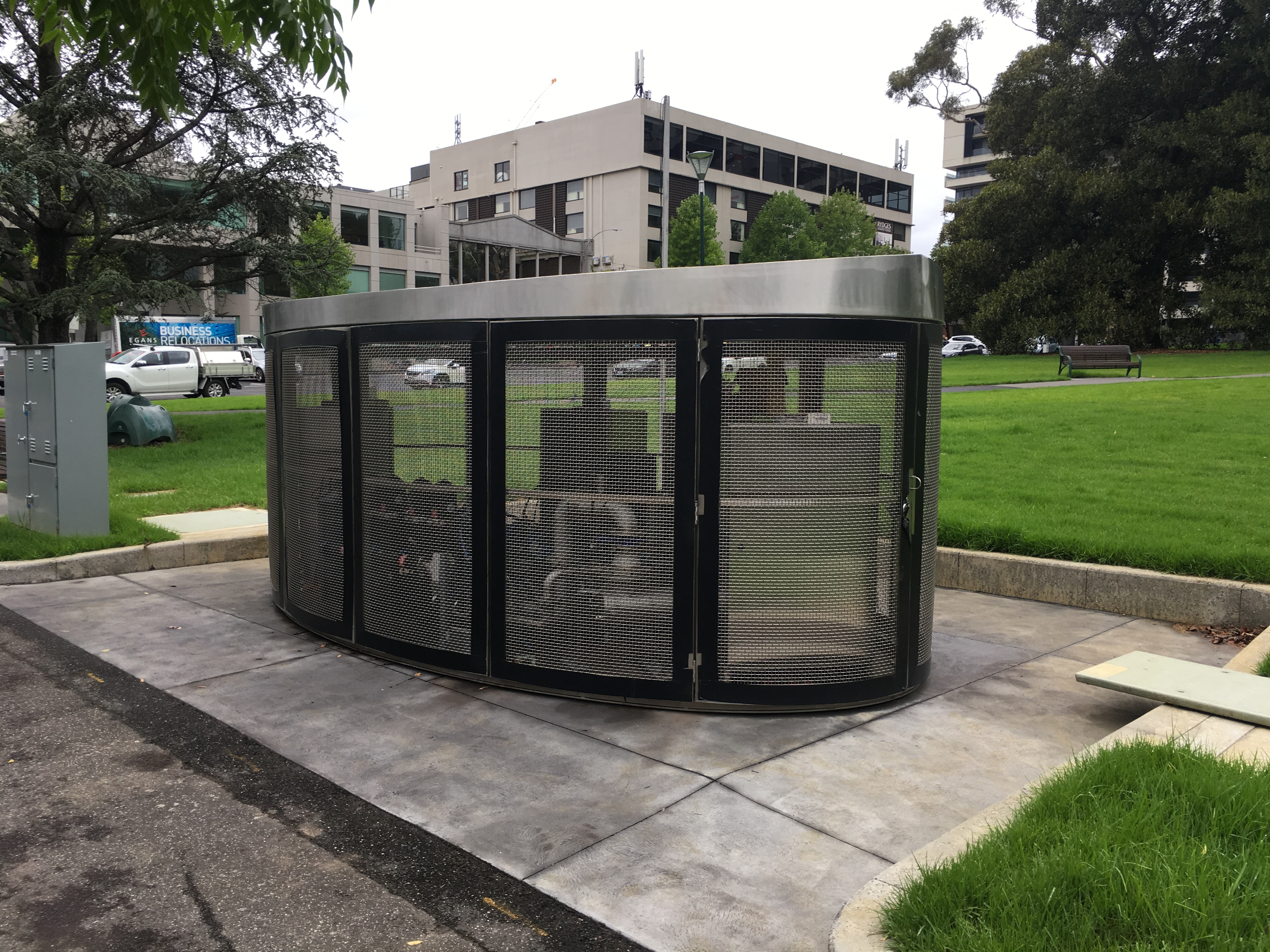 Basic flood mitigation was achieved through the opening of an actuated valve in the bottom of the storage that drained the tank back to the stormwater system downstream.  The volume was defined by typical hydrologic and hydraulic assessment using ARR1987 to optimise the storage size for flood mitigation and then checked through water balance to determine performance of stormwater harvesting. The two key issues with the actuated valve are knowing when to open the valve and when to close it.

Opening the valve required monitoring of forecasting by Bureau of Meteorology (BOM).  Technology was developed to scan this forecast regularly so that when a defined threshold is exceeded then the valve would open and drain the tank prior to the storm event.  This addressed the first issue to some degree but we still need to know what rainfall depth would trigger the pre-release and when to close the valve to hold water in the tank for irrigation.

Storm intended on operating the system in a similar concept to managing floods in major dams where each decision to adjust a release by valves or spillway is informed by rainfall in the catchment (expected inflows), condition of storage (how full it is) and expected downstream flooding.  A detailed purge analysis was undertaken by Storm to determine the algorithms to apply to the system to automate these decisions due to a compressed time frame.  Design hydrographs as well as hydrographs developed from historical rainfall were used to simulate the performance of the system for the 50 largest events.  This enable development and testing of the variables in the 4 key algorithms that manage the flood mitigation by way of defining a target airspace through the various phases of the rainfall event.  It also enabled sensitivity analysis to be undertaken to assess the impact of getting the variables wrong.

There were many learnings during this analysis however a key learning was that design storms did not occur.  The performance varied greatly where in some storms the system performance poorly for a 20 year ARI storm but in some very large storms around 100 year ARI it performed very well.

This project is a great example of where new technology combined with clever and innovative design can assist with effective flood mitigation.  Storm believes that this system will be replicated throughout Australia and beyond to the point where it will be standard practice in stormwater management.